Tinnitus is one of those conditions about which too little is known to be able to unequivocally identify the causes. This is also true for the possible remedies, medicines or therapies. There are only theories and assumptions. Simply put, people don't know what causes tinnitus or how to mute it. You can find what is known on this website.

That does not mean that the tinnitus patient has to despair. On the contrary, there are many cases where certain remedies have helped with certain types of tinnitus, and it is up to you, as a tinnitus patient, to find your way around this maze and maximize your chances of recovery. Tinnitus House also aims to help you with this.


up
Indicated below are the most commonly suspected conditions associated with objective and subjective tinnitus.

The most well-known suspected cause of tinnitus is hearing loss due to age-related deafness or external noise. Notorious is the "buzzing" that lasts for days after visiting a pop concert. Furthermore, there are working with noisy machines, otoschlerosis, middle ear infections, wax build-up, sudden deafness, Meniere's disease and other causes of hearing loss.

With pulsating tinnitus, the sounds originate somewhere in the body, for example in the ear or in the skull. It is common in this form of tinnitus to hear the blood flow through the vessels. Causes can include a narrowing of the carotid artery, an abnormality of blood vessels, a heart valve defect (often the aortic valve), an increased heart rate, for example due to medicines, anemia or an overactive thyroid gland. Once the cause is found, this form of Tinnitus can often be cured 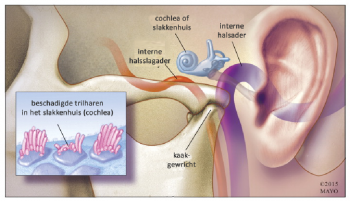 Anatomical Tinnitus manifests itself as a fast rhythmic clicking sound. This may be due to the involuntary contraction of the muscles attached to the ossicles (tiny middle ear bones). Other causes of this type of objective tinnitus are: head injury, whiplash, multiple sclerosis, vestibular schwannoma (also called acoustic neuroma), or bridge angle tumor

Spontaneous tinnitus can develop as a consequence of, for example, a middle ear infection, Lyme disease, meningitis, syphilis, or other infectious diseases that can affect hearing. 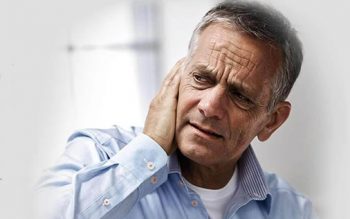 Jaw (Temporo-mandibular) joint problems and some dental abnormalities can also cause tinnitus.


up
Do you know more people who may be able to contribute?
Do you have a Facebook, LinkedIn account, or are you active on Twitter or Instagram?
Please, help make this site more well known to the tinnitus community and share this page with others.
| © BrainInnovations Foundation: all rights reserved disclaimer | privacy protection |