In December 2015, the Dutch Healthcare Institute wrote a letter to the Minister of Medical Care and Sport in the Netherlands. A letter to the Minister of Medical Care and Sport about the position in relation to the stepwise tinnitus-specific treatment of chronic tinnitus.
In chapter 3.1.4 (Patho) physiology, mechanisms. you read the following: "Tinnitus arises because the hearing organ or the nerve pathways transmit signals that are labelled "sound" in the brain without them actually being sounds. The cause of chronic tinnitus is unknown. Tinnitus often underlies hearing loss. Hearing loss can be a result of the normal aging process, noise damage or another cause such as an infection, heredity, following surgery etc. Furthermore, there are a number of conditions in which tinnitus also occurs, in fact one cannot speak of “causes” for tinnitus , but from tinnitus coincidences. There are various theories about the pathophysiological mechanisms that would lead to tinnitus. It appears that functional changes in patients with tinnitus are not limited to the auditory structures but that there are also important interactions with the other brain areas, which are associated with classical conditioning and are involved in emotion, memory, learning and reward including the limbic system and the autonomic nervous system ”

It confirms that much research remains to be done into the possible causes of tinnitus.

up
Recovery from (old age) deafness

93% of all tinnitus patients have measurable hearing loss and 44% also complain of hyperacusis (over sensitivity to noise). Most tinnitus sounds are perceived in the high frequencies, a high whistling sound, that almost always matches the lost high frequencies. It seems a logical assumption that if you were able to restore hearing loss, you may also be able to make the tinnitus disappear.

Research into the recovery of the ciliated cells in the cochlea

Sound from the surroundings enters the auricle(ear lobe) and guided directly to the eardrum. This creates a slight vibration that is transmitted via the hammer, anvil and stirrup (small earbones) to the cochlea (inner ear). In the inner ear lies the organ of Corti, located on the surface of which are about 20,000 hair cells. The sound waves are conducted by the fluid in the inner ear and bring the hair cells in motion. the hair cells are connected to nerves and translate the sound vibration to electrical impulses. The auditory nerve transmits the impulses from hair cells to the hearing center in the brain. Hair cells can be damaged by aging or overstimulation. The problem with this is that these cells are unable to repair or renew themselves. Initial experiments with siRNA (small-interfering RNA) injections in the middle ear in mice and chincillas show that ciliated cells can potentially recover. This result is the basis for a phase 1 study (make sure it does no damage study) in people that will soon be carried out in London.
De eerste proeven met siRNA ( small-interfering RNA) injecties in het middenoor bij muizen en chincilla’s laten zien dat trilhaarcellen zich mogelijk kunnen herstellen. Deze uitslag is de basis voor een fase 1 onderzoek (kijken of het geen kwaad kan) bij mensen dat binnenkort uitgevoerd wordt in Londen.

A link to the basic research of siRNA:
Note: Completion of the entire clinical trial procedure may take some time before it is released for general use.

A cochlear implant has been developed for the deaf and hard of hearing. (See description on the right).
The University Medical Center Utrecht is researching the possibility of using such an implant for very serious forms of tinnitus. A publication in the journal Laryngoscope   shows that although the tinnitus decreased in the majority of the treated patients, there was also a group in which the tinnitus worsened.
Partly on the basis of these uncertainties, the Dutch Healthcare Institute concluded that “Placing a cochlear implant as a treatment for tinnitus does not meet the criteria of the state of the art and practice".link to this report) 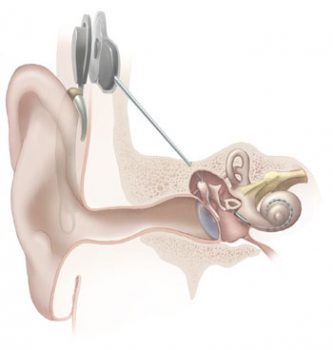 A Cochlear Implant abbreviated CI is an electronic implant that converts sound into electrical pulses that directly stimulate the auditory nerve in the cochlea. The hearing function of the outer, middle and inner ear including the 16,000 cilia in the cochlea, are partly taken over by (maximum) 24 electrodes of a cochlear implant. 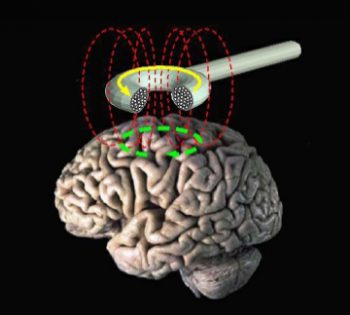 Transcranial magnetic stimulation (rTMS) is a non-invasive form of neuromodulation in which an electromagnet is placed on the skull that generates magnetic fields with short pulses. The magnetic field produces electric currents that activate superficial cortical neurons. The aim of this technique is to modulate the activity of brain cells, thereby inhibiting overactive areas that cause tinnitus. There is little risk of side effects when using repetitive transcranial magnetic stimulation (rTMS) in the treatment of patients with tinnitus, but on the other hand, the published results are highly variable. Based on the literature and other information found, there is still insufficient evidence for the effectiveness of rTMS as a therapy for tinnitus.
The position of the Dutch Society for Throat Nose and Ear Surgery, as described in the "Tinnitus guideline"  is therefore not to offer rTMS as a treatment for tinnitus.
A variant or this rTMS is that in which extradural electrodes are implanted under the skull and provide electrical stimulation across the auditory cortex. The cable-connected electro stimulator is placed in the abdominal wall of the patient. There are (experimental) indications that rTMS has an effect on tinnitus, but more research is needed to determine this.
Transcranial direct current stimulation (tDCS)

696/5000 tDCS is a neuromodulative, non-invasive and painless technique in which the left temporoparietal region of the brain is stimulated by a weak electrical current. Publications have reported that patients who have undergone tDCS have reported no side effects (such as headache, neck pain, and worsening of tinnitus). There appears to be a positive effect of tDCS on the severity of tinnitus, but the results are based on (too) small groups of patients and too few studies to confirm the results. The position of the Dutch Association for Ear, Nose and Throat Surgery, is described in the “Guideline Tinnitus” is therefore not to offer rDCS as a treatment for tinnitus for the time being. "Tinnitus guideline"
Vagal Nerve Stimulation 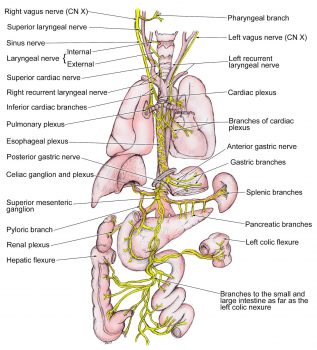 The Vagal Nerve is the tenth cranial nerve. It belongs to the twelve cranial nerves, which originate directly from the brain and not from the spinal cord. The vagus nerve contains both descending (from the brain) and ascending (to the brain) pathways, consisting of motor fibers, sensory fibers, taste fibers and fibers that belong to the involuntary nervous system. The vagus nerve is responsible for parts of the head - like the other cranial nerves - but also extends into the chest and abdominal cavities, where it branches into the intestines. An uncoordinated cerebral cortex is one of the possible explanations for the Tinnitus phenomenon, so neuromodulation may provide relief by stimulating one of the main nerves responsible for the hearing center in the brain. The first experiments indeed point in this direction. You can find a description of these first experiments here
The fact that the Vagal Nerve is such a complex nerve with ascending and descending fibers with many different functions immediately indicates the problem: how can you stimulate precisely those fibers that run to the desired area, without stimulating fibers that responsible for other organs? Or in the case of ascending fibers stimulate or influence other parts of the brain. Vagal stimulation is used for other disorders. (Epilepsy , depression and migraine patients) but the basic principle is identical. Much more research is still needed.
Epilepsy

The Tinnitus Guideline of the Dutch Association for Ear Nose and Throat Specialists states the following: Despite the disappointing quality of previous studies on the effectiveness of CBT for tinnitus, evidence seems to be growing that in chronic (medically unresolvable) tinnitus, CBT treatment is most effective in increasing overall health of tinnitus patients, in particular lowering tinnitus severity and perceived obstacles in daily life. In addition, it should be noted that an additional study showed that this CBT treatment is cost effective as compared to a conventional audiological treatment method. Another important conclusion is the following: a distinction should be made between a general CBT treatment as offered within regular mental health care and a specialised CBT treatment, where the protocol is applied and written for the tinnitus patient and is carried out by a tinnitus treatment team. It is the latter that achieves the positive results ”
Medicinal 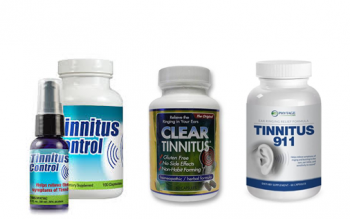 There are no specific medicines for the treatment of tinnitus. Medicines that are prescribed by a treating physician for the treatment of subjective tinnitus (for which there is no physical cause, such as high blood pressure) are usually sedatives or antidepressants to reduce stress. It is known that tinnitus patients can benefit from this therapy.

There are a large number of alternative products that even some tinnitus patients themselves indicate to be more or less effective, but not usually prescribed by regular doctors. There is no real scientifically substantiated evidence that these treatments help and often the disappointment is great and the money spent unnecessary.

up
Do you know more people who may be able to contribute?
Do you have a Facebook, LinkedIn account, or are you active on Twitter or Instagram?
Please, help make this site more well known to the tinnitus community and share this page with others.
| © BrainInnovations Foundation: all rights reserved disclaimer | privacy protection |